THE HISTORY OF OUR COLLEGE

In the name of Allah, the Beneficent, the Merciful

Formation of As-Sathiq Educational Society in the year 2002 and the consequent appearance of ANNAI HAJIRA WOMEN’S COLLEGE in Melapalayam in the year 2004 marks the culmination of over a decade’s Selfless Service by the members of  As-Sathiq Educational Society in the promotion of higher education among the young women in general, and Muslim women in particular who are identified as economically and educationally most backward.

With the approval of the Government of Tamil Nadu and affiliation of Manonmaniam Sundaranar University, the journey of ANNAI HAJIRA WOMEN’S COLLEGE began on 26th June 2004 with a Vision “To provide a distinct environment of excellence in education with humane values & social commitment”. Haji S.K.Syed Ahmed, Haji V.K.Mohamed Ghouse and Haji S.K. Kutha Mohamed donated 3.05 acres of land owned by them for the purpose of establishing this women’s college in the most backward area in Tirunelveli.

‘Little drops of water make the Mighty Ocean’ goes the saying, we are indebted to many a Philanthropists who have contributed generously for the welfare, growth and construction of this Institution.

The aim of the Society in starting ANNAI HAJIRA Women’s College is both to create an awareness among the members of the community to the imperative need for making womenfolk highly educated and make available the necessary facilities for the young women to pursue higher education in an environment that does not violate established norms of ethical values and tenets of sharia. These goals of the Society are steadily being realized by the grace of Almighty.

The College which started functioning with humble student strength of 79 in 2004-2005 has over 800 on its roll as it steps into the Twelfth year. This surely is an indication of recognition being accorded to the College by the community. The result of the students in the University Examination is exhilarating both in quantitative and qualitative sense. All the undergraduate candidates presented by the College to the University Examination not only did pass the examination but also had to their credit high distinctions and University ranks.

The College which has been blessed by Allah with a highly Service minded promoters committed to the cause of Women empowerment, is bound to grow, by the grace of Allah, from strength to strength and serve as a bacon of light to the community

Following are the courses offered in the College 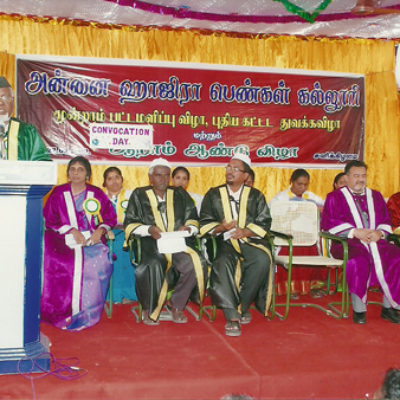 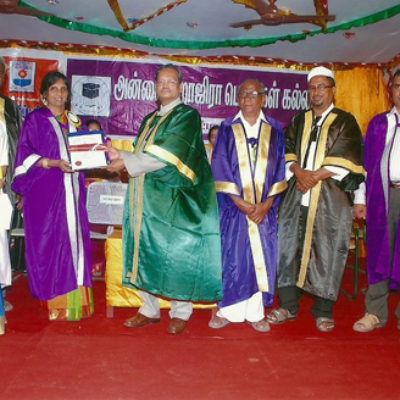 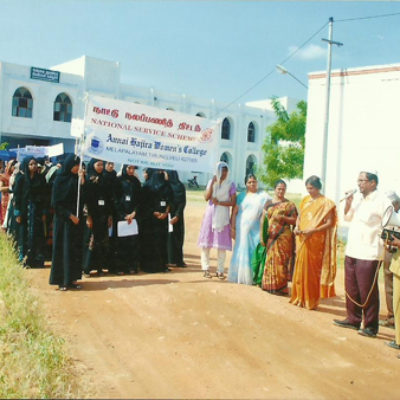 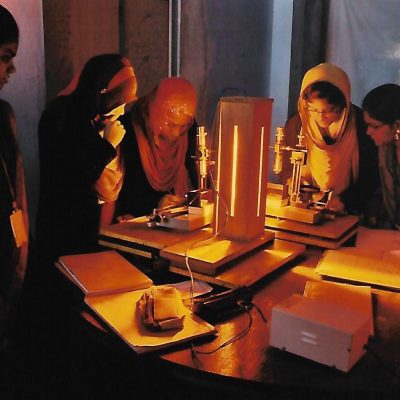